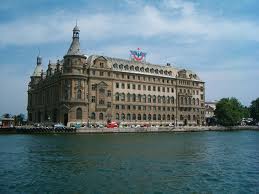 To the north of Kadikoy is Haydarpasa, and the train station built in 1908 with Prussian-style architecture which was the first stop along the Baghdad railway. Now it is the main station going to eastbound destinations both within Turkey, and international. There are tombs and monuments dedicated to the English and French soldiers who lost their lives during the Crimean War (1854-56), near the military hospital. The north-west wing of the 19th Century Selimiye Barracks once housed the hospital, used by Florence Nightingale to care for soldiers, and remains to honour her memory