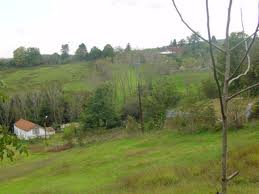 Polonezköy, although still within the city, is 25 km. away from the centre and not easy to reach by public transport. Translated as “village of the Poles”, the village has a fascinating history: It was established in 1848 by Prince Czartorisky, leader of the Polish nationals who was granted exile in the Ottoman Empire to escape oppression in the Balkans. During his exile, he succeeded in establishing a community of Balkans, which still survives, on the plot of land sold to him by a local monastery.

Since the 1970s the village has become a popular place with local İstanbulites, who buy their pig meat there (pig being forbidden under Islamic law and therefore difficult to get elsewhere). All the Poles have since left the village, and the place is inhabited now by wealthy city people, living in the few remaining Central European style wooden houses with pretty balconies.

What attracts most visitors to Polonezkoy is its vast green expanse, which was designated İstanbul’s first national park, and the walks though forests with streams and wooden bridges. Because of its popularity, it gets crowded at weekends and the hotels are usually full.